Low back pain is defined as a painful disorder located between the first and the fifth lumbar vertebra, and it is considered to be an important public health problem. In Brazil, approximately 10 million people are disabled as a result of this condition. The objective this study was to assess the effects of the Pilates method on the treatment of chronic low back pain.

The present study is based on a randomized, controlled clinical trial involving 16 individuals, aged 30-60 years, of both gender, with chronic low back pain, divided into control group and experimental group, with eight individuals each. Twelve sessions of 40 minutes were performed, in which nine positions of the Pilates method were applied within the experimental group. The control group performed kinesiotherapeutic conventional exercises. The visual analog scale and the Oswestry Disability Questionnaire were used before and after the study period in both groups.

The assessment of pain and disability in the pre- and post-evaluation periods showed no statistically significant difference. The control group also showed no statistical difference for the visual analog scale and Oswestry scores between the pre- and post-evaluation periods, whereas the experimental group showed a significant difference between the scores obtained in these two different periods for the Oswestry and visual analog scores.

It is suggested that the method was effective for the group studied and proved to be suitable for the treatment of low back pain, but it did not prove superior to conventional physical therapy. 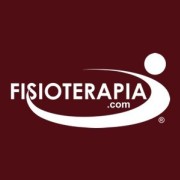 Fisioterapia Laboral: a percepção do trabalhador